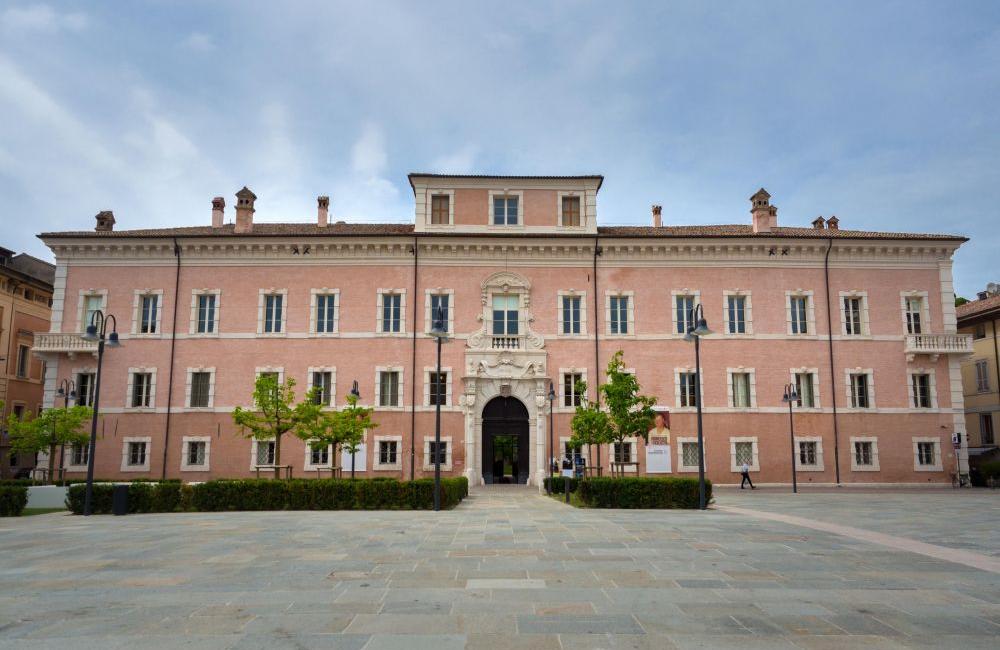 Palazzo Rasponi dalle Teste overlooks Piazza Kennedy, surrounded by some of the most important buildings of Ravenna. The whole area, currently empty, was once the private garden of the palazzo, and used as a marketplace. The remains of the Church of Saint Agnes were discovered in his square.

The palazzo is famous for its huge dimensions that reach the town centre. Nowadays and after several restorations, it stands in all its splendour ready to be admired by locals and visitors. Its construction started at the end of the 8th century, strongly desired by the then Bishop of Forlì, Giovanni Rasponi.

The idea of building the church was eagerly shared by Rasponi’s brother, Giuseppe, who wanted to emphasize their family’s importance within society. The Rasponi family were renowned for their political activism until the 19th century.


The exterior of the palazzo...

The main façade of Palazzo Rasponi dalle Teste shows different decorative and architectonic elements combining both classic and mannerist traditions, as did the architectonic trend of the moment. The façade was finished at the end of 18th century.

A huge gate, surmounted by the family’s coat of arms, opens the way to the magnificent entrance hall of the palazzo. This entrance alone, with its double height, gave visitors a clear message about the family’s wealth and power.


...and its internal decorations

A beautiful stairway in the entrance hall opens on the second floor, with its luxury rooms used as official sitting rooms and private quarters of the family. The rooms are richly decorated with art pieces belonging to the family, among which several busts of their ancestors and high-value pieces collected throughout the years.

The building, like many others in the city, was damaged during the bombings in 1944, and although it was restored immediately after the war, many of its magnificent decorations have been lost.

Palazzo Rasponi dalle Teste is currently a detached seat of the Municipality of Ravenna. Its rooms are used for different activities like exhibitions, concerts, cultural events and, sometimes, even for weddings.