The square now called Piazzetta della Pioggia (“the rain square”) has been officially named by the Municipality of Bologna only in 2003. The name of this little corner of the city comes from the presence of an image considered to be miraculous inside the church facing the square, a painting called Madonna della Pioggia.

The legend tells us that the image survived a fire and was found among the ruins of the building it used to decorate. As soon as it was found, a miracle occurred: a blind man injured during the fire was saved. This artwork by painter Michele Di Matteo is officially dated from around 1400, while the legend places this episode a hundred years before. The official date has not stopped citizens from worshipping the painting though, which has been carried for centuries through the city in processions asking for the end of famines and plagues.

Another reason for its name to be widespread even before it was made official is found in the lack of porticoes. While Bologna’s town centre is in fact characterized by almost 40 km of porticoes which allow citizens to happily stroll the city when it rains, this square has none, therefore being one of the few places in the city where one could actually get wet during rainy days.


The interior of the Church Madonna della Pioggia

The church, which used to have a fresco on its façade, is decorated with some important pieces of art like an almost unique piece by Agostino Carracci, strangely enough as he was the only one among the 3 Carracci brothers who dedicated himself to engraving instead of painting.

Inside the church, protected by a shrine at the right hand of the altar, rests the garment of San Camillo de Lellis, father founder of the Order of the Camillians. The Saint lived during the 18th century in Rome where, after being admitted to a hospital, he understood the importance of providing spiritual assistance to those who suffer. This is the reason why members of the Order are recognised by a red cross on their garments.

The Church also hosts an oratory dedicated to Saint Bartholomew. Originally a shelter for pilgrims, it was transformed into an orphanage for catholic youngsters that were forced to live in impoverished conditions because of the economic difficulties of their families. Once inside the institute the youngsters were protected and guided towards different studies.

Nowadays the oratory is home to a school of oriental arts which protects and preserves the ancient remaining decorations, among which a beautiful statue of Saint Bartholomew by Alfonso Torreggiani and a few frescoes from the 16th century.

In old times, the surroundings of the church of Madonna della Pioggia followed the Reno water canal, now covered, giving the whole area a completely different appearance. The square was right outside Bologna’s second ring of walls on which, until recently, a gate could be seen at the crossing between Via Riva di Reno and Via Galliera. 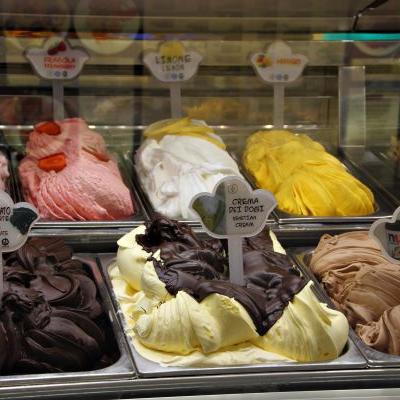